My mother has been diagnosed with Ovarian Cancer, she is 89.  In fact, she just turned 89 a few weeks ago.  It has taken us all by surprise.  This is a woman who has been widowed for almost 40 years and has lived by herself longer than she was married.  Hospice is at her home most everyday now and the Oncologist has not give her very long.  Of course, we know the One who gives life has already numbered her days and they, like ours, are in His hands.

She is at peace, and after speaking to the doctor has felt like it is best not to have surgery to remove the already large tumor.  Chemo is not in the picture. She is at a place where she knows what is next and has accepted it with grace and beauty. In fact, one of the great things about my mom is she still has her wit and sense of humor.  And this in spite of the fact that her life hasn’t been easy.  She has shared bits and pieces of her life with me from time to time and from those I’ve discerned it to be, let’s just say, less than comfortable. 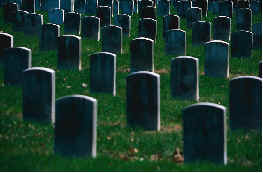 She and my dad were great together!  They shared life, work, struggles, triumphs and everything you can imagine.  I can always remember them as being happy and content, whether they had a little, or a lot.  They never really had a lot by the world’s standards but were two of the most loving and happy people I know.  My mother continued to pour into me in every way possible and I thank God for her life.

So, we’ve been dealing with a lot of what you would expect when a parent comes to the end of their life.  She still lives in the same house I was raised in, so there’s that to deal with.  We’ve talked about her dying and her wishes.  She has planned extremely well.  All of her documents and articles are in order and well managed.  If there is such as a thing during this time as easy, it would only be associated with how prepared she has made herself for this time of life.  She is an amazing woman.

We were at the attorney’s office the other day dealing with some legal issues.  After signing some legal documents, she turns to the attorney and says, “I never realized dying could be so complicated!”  She had everyone in the conference room laughing!  It was a wonderful moment and a small glimpse into where she is with life, or perhaps death, right now.  Her quip was loaded with truth.

The actual moment of our death is the total antithesis of complicated.  It’s everything in between, and what is left to deal with on earth that is complicated.  The legalities, the insurance, the burial, the obituary, the selling of an estate; it goes on and on.  It can take weeks, months or years.  Then there is the emotional aftermath of our lives.  We are the ones who have to pick the pieces of our souls and carry on.

Complicated?  Absolutely.  Yet there is also a beauty and grace in the death of someone who has lived their life to the full.

It’s the ending to a beautiful symphony, a sunset that takes your breath away, a lone eagle flying off into the distance.  We should all die that way.

Uncomplicated and full of grace.

Ran across this review on an interesting piece of software. In my old(er) age *wink*, I find myself in desperate need to get organized! Being a right-brain kind of guy, I REALLY need help with this!

I think I’ll try it. Not sure which platform it works on (Mac-PC) but it looks like something that could work!

Live to Write - Write to Live

Every once in a while, you come across a tool that you just need to crow about.

A little background – every morning, I sit down and write my to-do list. In the past, I’d either write it in a notebook or on separate index cards.

Trouble was, if I lost the cards or notebook – well you know that expression, out of sight, out of mind – I’d lose track of my tasks. I also used white index cards, where one card looked like another. I never knew *at a glance* who needed what. What I needed to do was just a big pile of sameness. It was an adequate (not great) system, as long as I didn’t misplace anything or have a priority that I had forgotten about.

I’m not ever sure how I found the website, but I one day stumbled across Leankit at leankit.com.

WordPress.com is the best place for your personal blog or business site.