If you’ve ever watched Sesame Street, as a kid or covertly as an adult, then you are most likely familiar with the catchy little tune that helped children distinguish between things that are alike, and things that are different. The title of this catchy little ditty was, “One Of These Things (Is Not Like the Other) and the repetitiveness of the song helped children understand how to recognize differences in certain shapes, or objects or things by the time the song was over.

Simple, easy to understand, to the point and an easy lesson learned!

If this is SO easy and simple for children why are we having such a hard time understanding this SAME lesson when it comes to the transgender bathroom debate?  Is it really just the simple fact of there is something really ‘different’ here and we should be able to figure it out just like a child would?  Seriously.

Why would we, as critical-thinking beings think allowing someone who sexually-amorphous, confused, suffering from gender-dysphoria and a host of other psychological issues, into heterosexual restrooms have any reasonable basis?

The prospect of seeing a grown “man” in a restroom filled with women and little girls, or a grown woman in a restroom filled with men and little boys falls into the same basic reasoning as, “one of these things is NOT like the other”.  How could you see it any other way?  Never mind the absurdity or potential for harm or abuse, we should be able to see that this is something a child could easily discern. 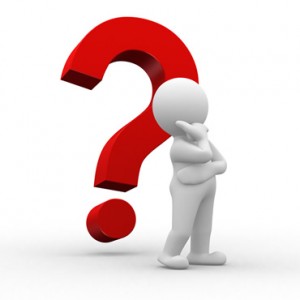 I’ve mulled this over a LOT.  I’ve had verbal sparring matches on Twitter, talked with friends, read the Bible, asked God, looked inside myself, you name it, I thought about this up one side and down the other. Where I’ve landed, as far as my own reasoning is concerned is centered around this simple song!

If a child can understand this basic concept why are we struggling with it like we are?  Maybe we should all try singing that silly little song together!  Then perhaps we will see that one of these things IS NOT like the other!

This site uses Akismet to reduce spam. Learn how your comment data is processed.

Blurring the lines between poetry and prose

If you want to be a hero well just follow me

The Boy Who Cries Wolf

The Domain for Truth
THE RIVER WALK

Daily Thoughts and Meditations as we journey together with our Lord.